Cake PHP have launched a new version or their PHP framework and one of the snippets was the integration of SimplePie. The install and demo for normal sites is incredibly simple and the code is fully featured but held in a single file. It can even spit out the “subscribe via” links for the major sites.

All in all it appears to be very impressive. 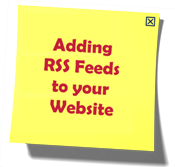